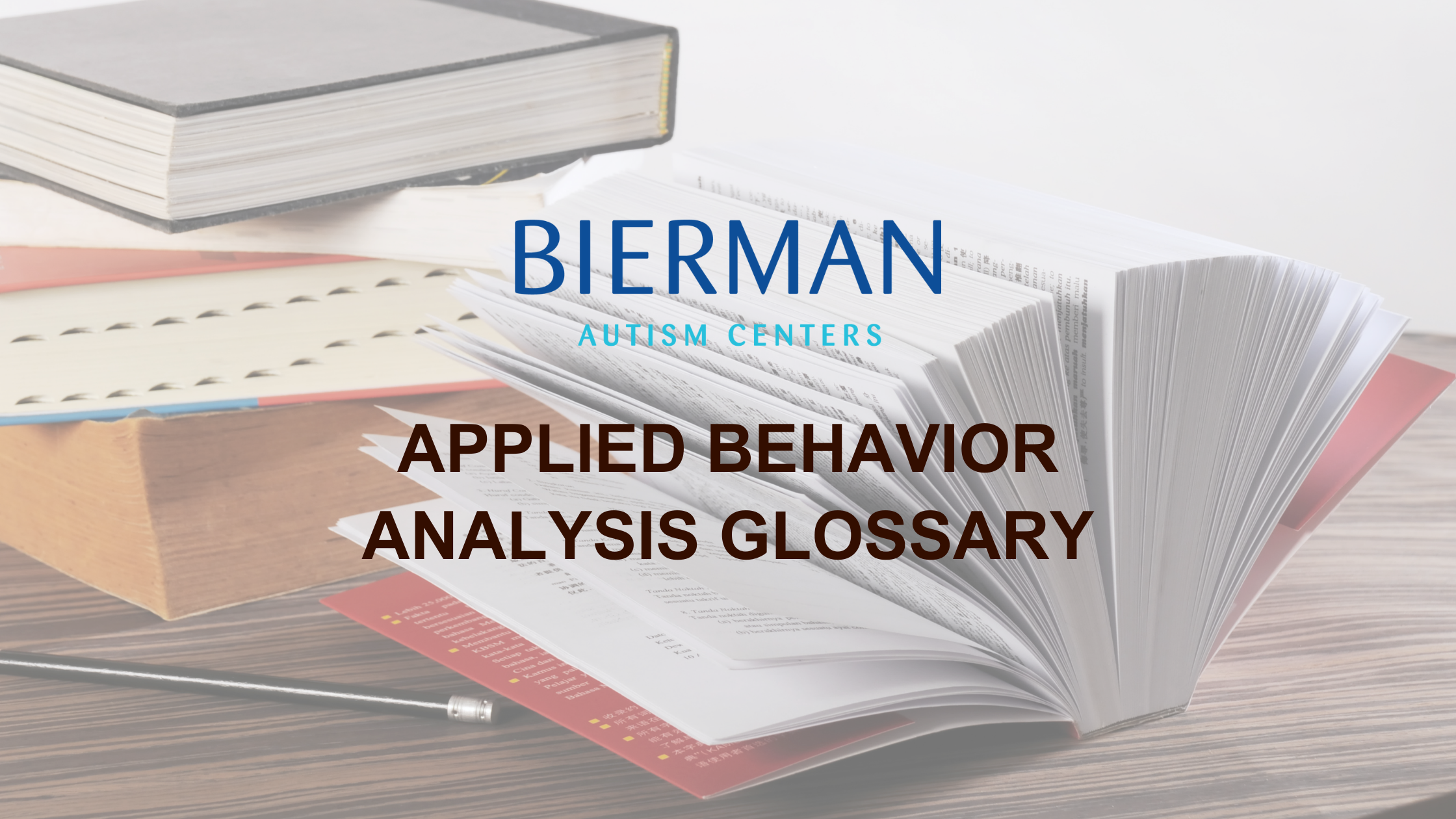 You may quickly get lost in the world of acronyms and new lingo when learning more about Applied Behavior Analysis. Today we want to share a list of some commonly seen acronyms and definitions. Whether you are a parent, student, technician, or practitioner, we hope that you find this list helpful!

People and Collaborators in the field

NET– Natural Environment Training is a teaching model used to support teaching and make learning fun for children and others. The main goal is to embed learning opportunities and teaching into things activities that person enjoys or in everyday routines.

DTT – Discrete Trial Training is a method of teaching used for children and others that may not learn as well in a natural environment setting. The training includes giving distinct presentations, response expectations and consequences in each learning trial.

FBI- Fluency-based instruction is a teaching model originating from Precision Teaching that uses time-based trials that increase learning opportunities in shorter periods of time. When the person meets their aim, or goal, it increases the likelihood that fluency has emerged. When fluency is in place, it increases the likelihood that the skill will retain for longer periods of time even if not practiced and be able to be applied in new settings.

ABC – ABC data collection is an assessment tool used to gather information that support determination of the function of a behavior. This information is then used to guide the proactive and reactive strategies of a behavior support plan. ABC refers to:

This could be a request made by speaking, pointing, exchanging a picture, using sign language, etc.

This could be labeling the name, color, shape, size, smell, category etc. of something. These can also be observed across multiple outputs: speaking, picture exchange or a voice output device.

Listener response (LR) – The response to a receptive direction.

Listener response by feature, function, or class (LRFFC) – The response to a receptive direction that includes a feature/function/class.

This could be copying a sound, word, sentence, etc.

This could be a gross or fine motor movement; it could also be just 1 action, or a string of actions sequenced together.

Intraverbal – Making a comment, answering a question, or filling in a statement.

These can also be observed across multiple outputs: speaking, picture exchange or a voice output device.

This involves the ability to visually put things that go together or make up patterns.

This does not necessarily mean that the child understands what it is they are reading.

Transcription – Writing or spelling what is spoken or heard.

Reinforcement – A consequence that occurs immediately following a behavior that increases or maintains the number of times that behavior may occur.

Reinforcement is not always a ‘positive’ consequence, you may accidentally reinforce a behavior with an intended consequence if the behavior is maintained by that function.

Pairing– We use pairing to refer to the process of pairing a person or toy with reinforcement to help build rapport and/or potentially expand the list of preferred people and things for the child.