Autism Insurance: Advocacy and Beyond 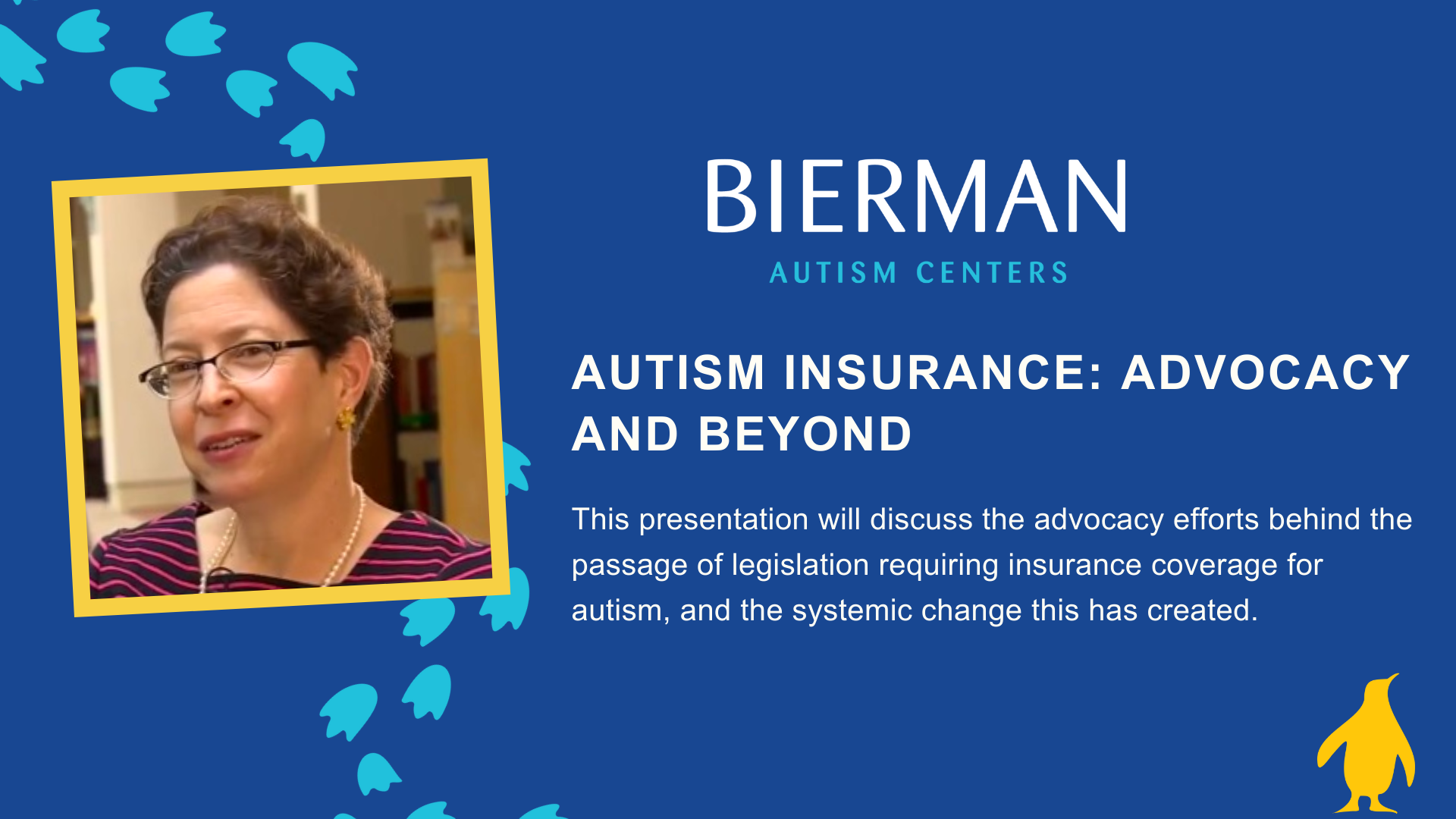 Register for this On-Demand Webinar

This presentation will discuss the advocacy efforts behind the passage of legislation requiring insurance coverage for autism, and the systemic change this has created.

Amy Weinstock is the Director of the Autism Insurance Resource Center at the University of Massachusetts Medical School’s Eunice Kennedy Shriver Center, and an instructor in the medical school’s Department of Psychiatry. She has an extensive background on insurance issues related to autism and has played a key role in passing several significant pieces of autism insurance legislation in Massachusetts, including the groundbreaking 2010 law requiring health insurance to cover medically necessary treatment for autism. Amy also serves as a trustee of the Riverview School, and as a Commissioner on the State’s Autism Commission.

Amy’s work has been recognized through numerous awards including the Federation for Children with Special Needs Martha H. Ziegler Founders Award, the Margaret L. Bauman Award for Excellence, the Massachusetts ARC’s Distinguished Citizens Award, the Autism Speaks Advocacy Award, the Doug Flutie Jr. Foundation’s Shining Star and Essential piece awards, and the Northeast ARC’s Edward C. O’Keefe Memorial Award. She is a graduate of Wellesley College and received a Masters of Architecture from Harvard University.